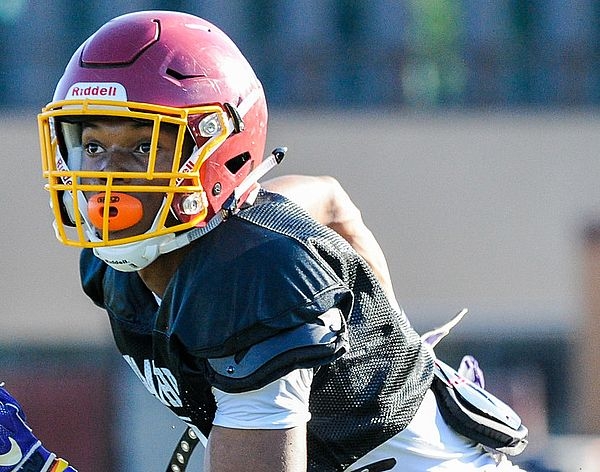 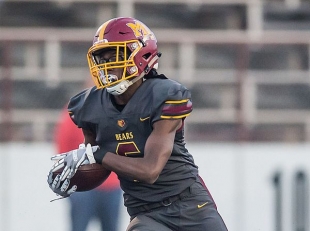 The state champs picked up right where they left off.

Menlo-Atherton put a beating on Bellarmine in its season opener Friday that was hard to believe.

After a 21-14 first quarter M-A blitzed the Bells with four unanswered touchdowns in the second quarter to make it 48-14 at halftime.

And then the Bears showed mercy on the Bells in the second half, calling running plays up the middle. A field goal at the end of the third quarter made it a 37-point lead and a running clock was employed in the fourth quarter. Even at that M-A was in position to score in the final minute but took a knee at the Bellarmine 6-yard line rather than push across another touchdown.

“Especially against a West Catholic team,’’ said Papin, who coached at Independence the last five years and at Gunderson before that.

The athletes he has on his team made it look easy.

MacLeod threw two more TD passes in the first quarter: an 18-yarder to JD Carson and one of 19 yards to fellow sophomore Jalen Moss.

And then along came that second quarter explosion as Justin Anderson returned a punt 87 yards for a touchdown and Franklin caught an 85-yard touchdown pass from MacLeod, a play in which he crossed the field left to right and did an incredible gymnastic jump move to evade a tackler on the sideline and run the rest of the way untouched.

“Once I get open I feel like nobody can stop me,” Franklin said. “I guess I used my leverage on that play.’’

Francisco Sanchez scored on a couple of short runs to cap off the second-quarter fireworks.

MacLeod completed 10 of 18 passes for 226 yards with four touchdowns in his first start. M-A also has Sacred Heart Prep transfer Raymond Price III waiting in the wings until he becomes eligible. Price started every game for an 11-2 SHP team last year in his sophomore season.

“I have two good quarterbacks,’’ Papin said. “Going in everyone thought Raymond would be the guy, but Matty Ice, he’s already a star as a sophomore., playing like It’s his job to lose.’’

After serving as the frosh-soph quarterback last year as a freshman, MacLeod got his first taste of varsity action in the CCS championship game against Wilcox. Friday was his first start as a varsity quarterback.

“A good start to the season,’’ he said. “Definitely a different preparation for this one, being the starter. At first I was nervous and missed some throws. Then I started to settle down.’’

Franklin, a junior who has received scholarship offers from many of the top college programs in the nation, had two catches for 99 yards, both for touchdowns, and had the 73-yard kickoff return to get M-A off to a flying start.

Anderson, who has also received numerous Division I offers, had three kick returns in all for 147 yards and one catch for another 44 yards.

A female kicker, Laila Thompson-Wainer, was 6 of 7 on PATs.