The Menlo-Atherton girls golf team hopes to continue one of its best starts ever when it hosts Burlingame at Sharon Heights Golf and Country Club on Tuesday.

Close victories have been the rule rather than the exception this season as the Bears take an undefeated PAL record into Tuesday’s match.

Sophomore Nathalie Benrey has been the Bears top player, with rounds of 37 and 39 to her credit. Senior Joanne Yu has pitched with a pair of 41s. Both have earned medalist honors this season.

“Our goal this year is to qualify for the CCS championship in late October, and we’re taking that one match at a time,” said M-A coach Mark Baker. 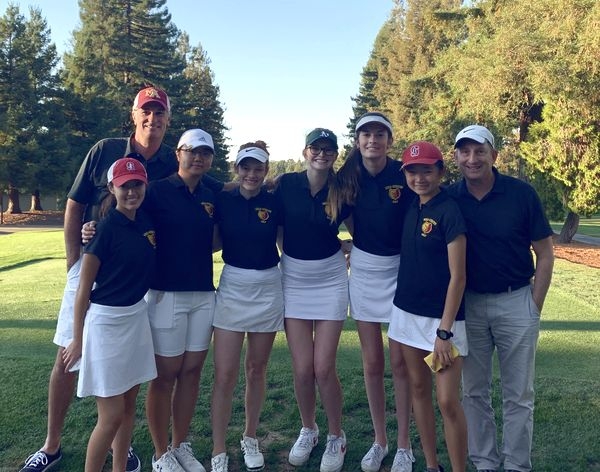