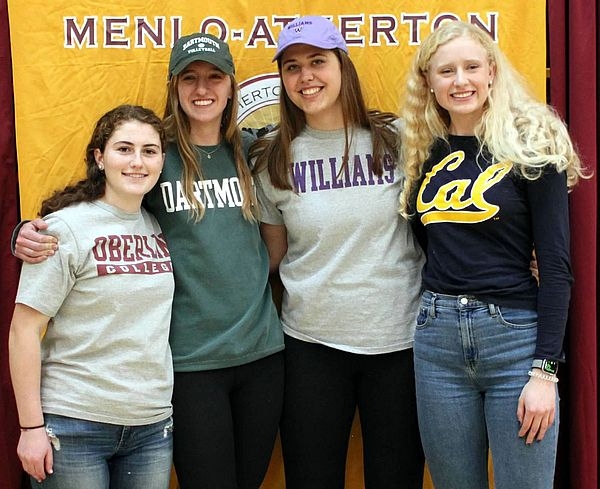 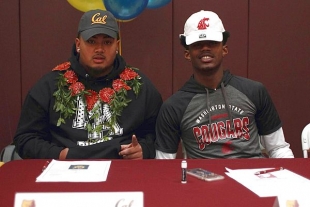 Justin Anderson, who will be playing football at Washington State next season, was one of 16 Menlo-Atherton student-athletes honored by the school on national signing day Wednesday.

Uate Uhila, who played football with Anderson, will play rugby at California, the most decorated program in the nation.

The Bears are sending four soccer players to the next level in Miguel Tostado, Wilson Eisner, Antony Commissaris and Charlie McKay.

The eight girls include a pair of volleyball players in Natalie Grover and Marit Hoyem, two crew in Ava Honerkamp and Jacqueline Kelly, and one each in tennis (Allison Browne), swimming (Nikola Marakovic), track and field/cross country (Lena Kalotihos) and lacrosse (Audrey Koren).