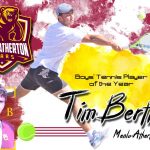 https://www.smdailyjournal.com/sports/local/boys-tennis-player-of-the-year-m-a-s-tim/article_748af60e-90d5-11e9-856a-1bcc80d9ea31.html Tim Berthier has had quite the tennis career at Menlo-Atherton. A four-year varsity player, Berthier steadily made his way up the Bears’ ladder, having spent the last two seasons as the team’s No. 1 singles player. He teamed with Jack Jensen to win the PAL doubles title his freshman year, but lost to Carlmont’s 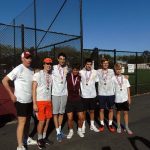